I love video and audio forms of information delivery. Personally I was a founder in three businesses where video production was one of the key elements. If I wasn’t passionate about digital business, I would be a film director or producer. But I'm happy that video and audio are the most popular advertising forms, without which, nobody could imagine the internet nowadays. Video podcasts have become a new form of "blogging."

I used Adobe Premier version 4.0 in early 1996 to create my first animation movie. Since then, video has become my leisure form of expression. From 2017, I assembled a video team with a goal to make video production processes smooth and fast without losing any quality on the way. Plus, I wanted to create a powerhouse of video marketing. I personally learned how to write persuasive marketing video scripts, how to prepare the host, the content and the team for the video shoot. I love video directing and working on the end product of the videos.

The new activity I’m involved in right now is podcast creation, producing, and distribution. It’s really interesting to manage the shows from backstage – being responsible for the success of the whole production without being in the frame at all.

In 2009, I did the first largest live video stream in Lithuania. Everything was organized in just 5 days (a small PR campaign, too) and we had 1700 live viewers at that time. Maybe today it is not so impressive, but at that time it was something new. Now every influencer can have 5K live viewers on their live streams almost every day. Live and evergreen webinars have now become a big part of content delivery to online prospects.

What I’ve learned about video production in the last decade is that preparation is key. If you prepare your video project the right way in the beginning - it means you’ve done more than 60% of all the work. Your end video production can be delivered up to 10x faster if all moving parts are agreed before the video shooting date. Pre-production is key here.

Are you preparing your next video/audio project?

If you found the information on this page valuable, share it –
you can help others to discover new things too!

Building Digital Products and Funnels since 2000

I help companies and individuals create effective and long-term Digital Marketing Strategies. I do markets, competitors and digital product research.
I'm talking about a plan you can see on one page – not a hundred-page plan that nobody reads and that makes no sense from a practical aspect. Go deeper to find out how I do that.

In my career so far, I’ve created more than 20 different personal brands from scratch. I’ve also helped hundreds of other companies with their brand identity, building landing pages that convert and working on final project development and delivery.
Let me show you how I work with concepts and branding, and how I turn them into functional products.

Does one size fit all? It doesn’t! You and I can think the same way, but we are different, unique, and consume information in different ways. Your business is unique. Every business is at a different stage of growth, has a different financial situation or ability to act quickly, different human resources, etc.
I adapt my expertise and knowledge to the personal needs of the client. Here is how.

I have been personally involved in three businesses where video production was one of the key elements. If I wasn’t a passionate digital marketer, I would be a film director/producer. I'm happy that video is one of the forms without which nobody can imagine the internet. I do project pre-production, directing, post-production and distribution.

A unique info product is a combination of the expert’s knowledge, market research, best-practice educational methodology, production quality, pricing, and platforms.
I help to build online courses, from course naming and video production to the final working product and even full digital marketing strategy on how the course will be delivered to your prospects.

As a Full-Stack Digital Business Architect, I can help you directly or through my partner network to solve almost any digital business obstacle you have and help you achieve the results you want to see. During my 20+ year digital business career, I have been involved with, or at least know people, who are involved in many different aspects of the digital business world and I like to share my experience. 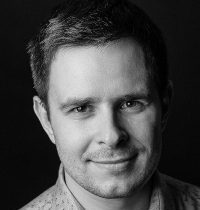 Let’s talk about eLearning changes from a practical point of view. Sure we can follow trendy words, that means nothing in your everyday life. But you can’t ignore the fact that the world of education or how you educated yourself during 2020 is changed. Or maybe not? Please share your thoughts in the comments below with your 2020 eLearning/eTeaching END_OF_DOCUMENT_TOKEN_TO_BE_REPLACED

All in One Software Solutions for Online Business

Software development is a multi-billion dollar industry, so it is not surprising that new tools are often released to meet the growing demand. When it comes to online businesses, there is no exception. Marketing tools are essential for any company, including traditional businesses looking to go online, existing digital companies, or any individual Internet marketer who wants END_OF_DOCUMENT_TOKEN_TO_BE_REPLACED

All in One Software Solutions for Online Business

The future of Digital Education

My main focus is on online education, and I believe knowledge is power.In the movie Limitless, a struggling writer is introduced to a drug which gives him the ability to fully utilize his brain. I believe that, if you have some information and you know where and how to use it, you can do a END_OF_DOCUMENT_TOKEN_TO_BE_REPLACED